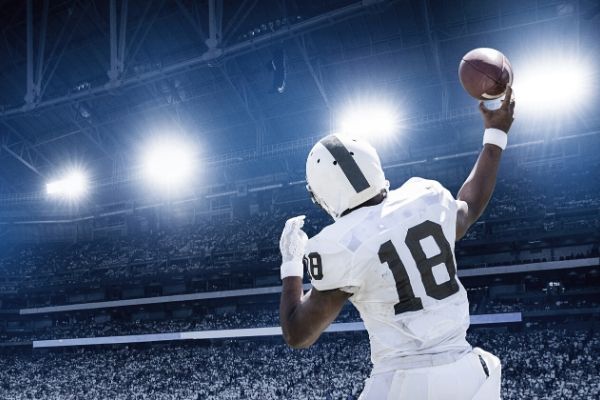 For many years, the NFL has been on top in America. Football is the most popular sport in America and is watched by more people than any other sport. Every year over 100 million people worldwide watch the Super Bowl. No one can deny the popularity of football. Right now, though, in the face of the COVID-19 pandemic, the NFL is having to answer some questions. Fortunately for the league, this is the off-season. Presently they aren’t suffering the same fate as Major League Baseball, the National Hockey League, and the National Basketball Association. All those leagues are suffering shortened seasons, and the NFL is hopeful the situation will be resolved by the start of the training camps and preseason in August. The draft for amateur players to come into the NFL is coming up. What will happen to the NFL draft in 2020?

The Draft in the Past

When the league launched, the draft was a big deal to the teams, management, and the players being drafted, but it wasn’t a big deal for the fans. The draft would come and go, year after year, without a blip. Fans would find out it happened when the local papers would publish the new players’ names and where they came from. General managers and scouts would sit in a room around the phone and call in their picks. It was nothing like it is today.

In 1980 a fledgling television network named ESPN needed programming, and they decided to televise the NFL draft for the first time. In the early days, the draft didn’t make for interesting television, but over the years that has changed. Now the draft is a huge event attracting millions of viewers and thousands of people to the event. It’s the unofficial start of the football season, and for those diehards, the start of the fantasy football season. As of now, the draft will proceed as scheduled on April 23-25. In a memo to all 32 teams in the league, commissioner Roger Goodell said, “Because of the unique circumstances in our country today, the 2020 draft will obviously need to be conducted in a different way. Already, we have cancelled all public events, we will not be bringing prospects and their families to the draft, and the draft itself will be conducted and televised in a way that reflects current conditions.” That means that the draft will probably revert back to the old ways of teams making their picks from team facilities in a controlled environment. Living in the connected world that we do, the draft can go off with little disruption. There just won’t be a live audience to watch the first round and cheer or boo their favorite team’s picks.