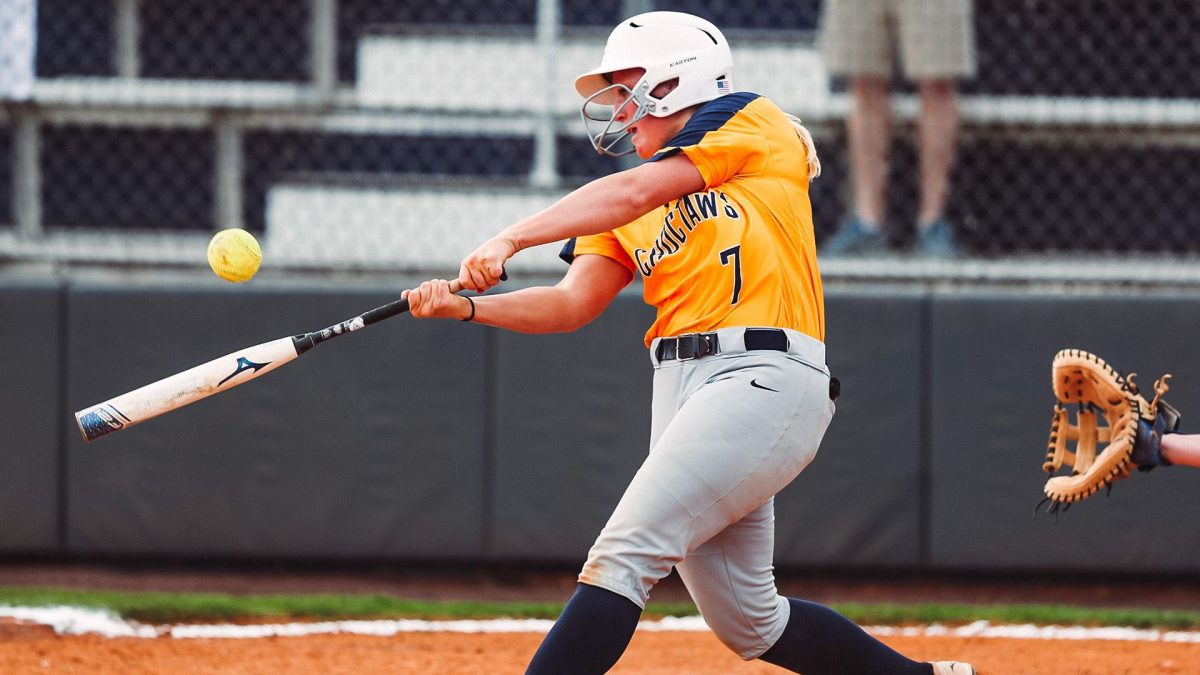 A staple of many great boxers is the ability to take a punch and stay in the fight. The best can take it a step forward and throw a few haymakers of their own. Despite not being boxers, this analogy fits what the Mississippi College Lady Choctaw softball team has been doing over the past month.

After the first 14 games of the season, the Lady Choctaws had just a 3-11 record. The joy of a series win over rival Delta State had been soured with consecutive road sweeps at the hands of nationally-ranked Valdosta State and West Florida teams.

A home series against the current 13th-ranked team in the country, Alabama Huntsville, changed the Lady Choctaws’ fortunes. Another sweep or series loss would have been devastating to the team. However, ace pitcher Avery Sanders had a masterful weekend, striking out 18 batters in 16 total innings and picking up two wins in the circle. The eventual GSC Pitcher of the Week propelled the Lady Choctaws to an impressive three-game sweep of the visiting Alabamians.

The wins boosted the team’s confidence and gave them new life. Coach Brooke O’Hair’s players stayed on track with a three-game sweep of Shorter, a doubleheader sweep of Union, and a win over West Alabama. After defeating Christian Brothers twice in Memphis this weekend, the Lady Choctaws secured their fourth consecutive Gulf South Conference (GSC) series win. In non-conference action on Tuesday, they topped Spring Hill 9-1, marking 12 wins for them in their last 13 games.

Freshman McCall Lee has been a key offensive cog during the Lady Choctaws’ resurgence. She leads the team in hits (33), runs batted in (27), and home runs (4). She is ranked in the top-ten in the GSC in the hits and runs batted in categories. Lee also sits fourth in the conference with a .404 batting average.

Sanders, a senior, has been named GSC Pitcher of the Week twice this season. She pitched a no-hitter against Shorter and has won six of her last seven starts. She leads the GSC with a .167 opposing batting average and is second in the conference with 97 strikeouts.

The Lady Choctaws currently sit in sixth in the GSC standings, and the top eight teams will advance to the conference tournament in May. They will be in action at home for a key three-game home series against #23 Auburn Montgomery. First pitch for Saturday’s doubleheader be at 4:00 p.m, and Sunday’s single game will start at 1:00 p.m.