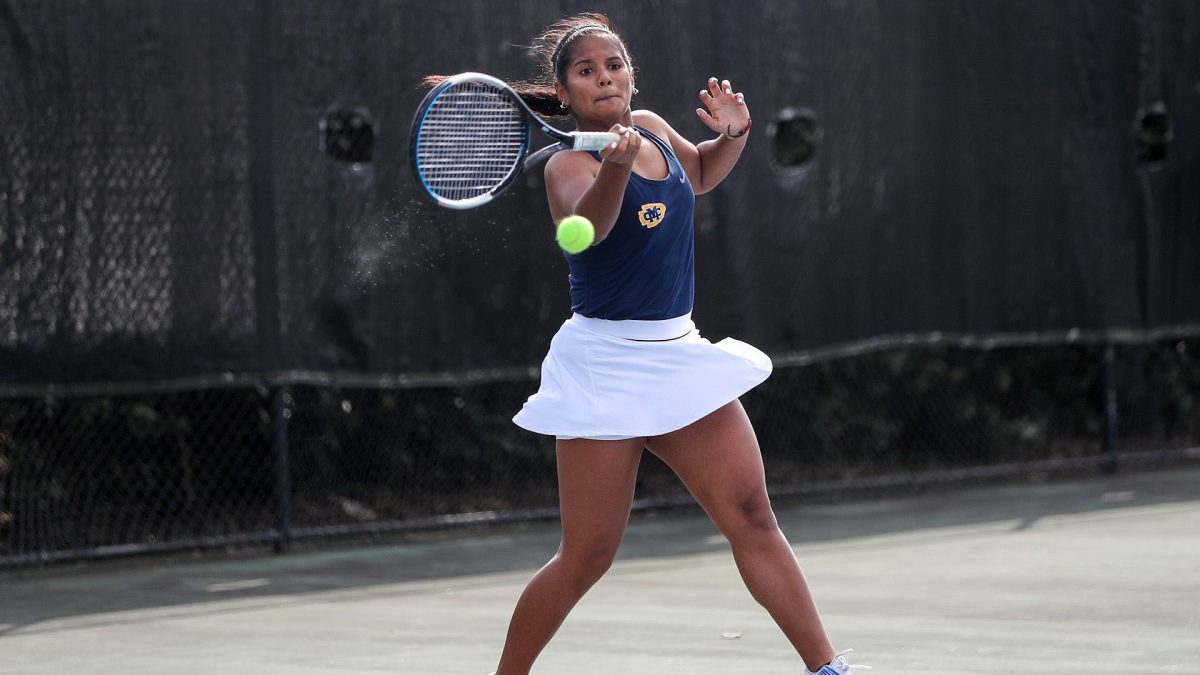 After a one-year hiatus due to COVID-19, postseason tennis in the Gulf South Conference (GSC) will resume and both of Mississippi College’s tennis teams will be a part of it.  The Choctaws and Lady Choctaws completed their regular seasons and will play in the GSC Tennis Championships in Montgomery, Alabama today.

The Lady Choctaws are the number-three seed in the women’s tournament and will play number-six seed Lee University at 10:00 a.m. This will be their fourth consecutive appearance in the postseason.

The women’s team is led by super sophomore Ely Alas. The Barquisimeto, Venezuela native finished the regular season with an 8-5 singles record and was named to the All-GSC Second Team. Alas played in the number-two singles position for every match except for one.

She also teamed up with reigning GSC Freshman of the Week Fernanda Cota this season and recorded a 10-4 mark at the number-one doubles position. The duo won their last five matches and overall won eight of their last nine.

The Lady Choctaws will enter the postseason on a two-game winning streak. The team’s feather in the cap was their 4-3 win over nationally-ranked Auburn Montgomery team on Senior Day. After blanking Shorter 7-0 the following day, the Lady Choctaws secured the three-seed.

The Choctaws sneaked into the men’s tournament with a win against Shorter in their final regular season match. The team will be the number-eight seed and will play number-one seed Valdosta State at 2:30 p.m. This will be the team’s third postseason appearance in the last four years.

The Choctaws are led by Maksym Konovalov, a graduate student from Kiev, Ukraine. He has an 8-7 singles record, playing 11 of his 15 matches in the number-six singles position. He won his last two matches against Auburn Montgomery and Shorter, respectively. Konovalov also has a 5-4 conference record.

Junior Brady McDaniel and freshman Joe Jarvis are the Choctaws’ top doubles team with a 5-5 record. The duo had a win over nationally-ranked Delta State last month.

Though the Choctaws will have a tough outing against the number-four ranked team in the country in Valdosta State, they will enter the postseason on a high. They soundly defeated Shorter 6-1 on Sunday.

Eight GSC Teams qualified for each of the single-elimination tournaments. The tournaments will take place from today to Saturday. Advancing teams will play each day, culminating in a championship match on Saturday. Tournament results can found on gscsports.org.