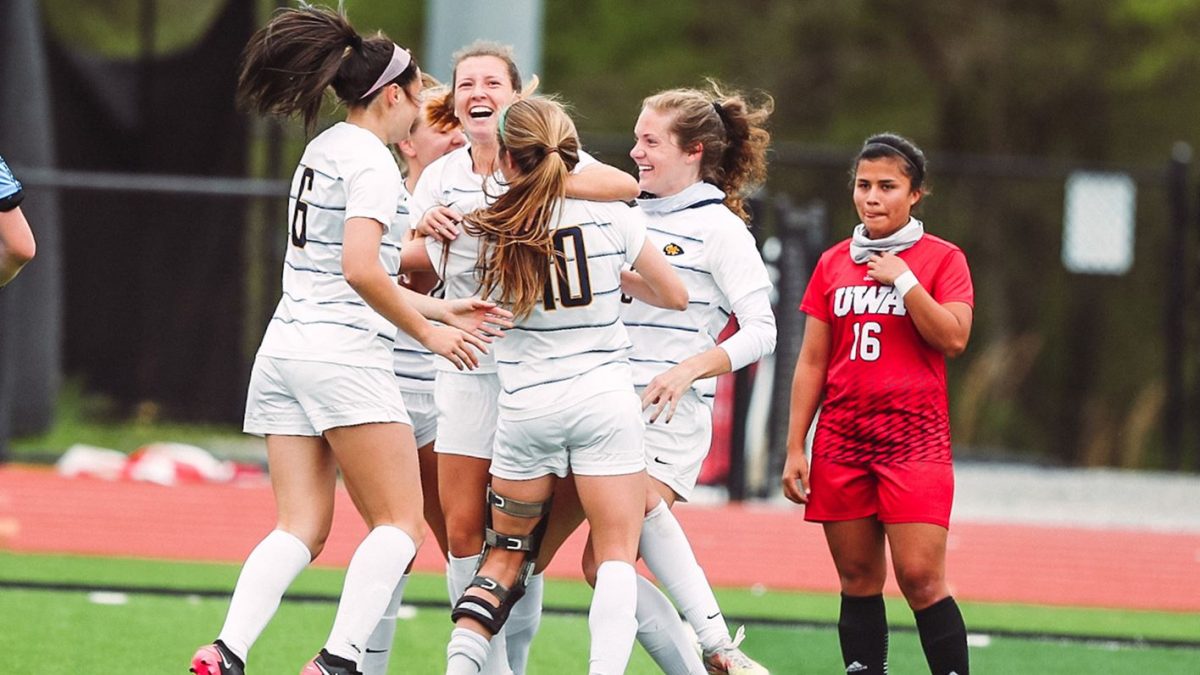 After winning their first two GSC soccer matches on the road, the Mississippi College Lady Choctaws returned home for two games this weekend.  A loss to GSC leaders (and nationally-ranked) Lee ended the Lady Choctaws’ four-game winning streak, but the ladies recovered by topping Shorter 4-0. With three wins in conference play, the Lady Choctaws currently sit alongside Delta State and Christian Brothers in a tie for second in the GSC.

A 65th-minute goal from Lee’s Ellie Crisler gave the visitors the win over Mississippi College. Forwards Beatrice Currie and Erin Hederman led the Lady Choctaws in shots by tallying five and three, respectively. As a team, Mississippi College slightly edged Lee in shots, taking 11 to the Lady Flames’ nine.

The Shorter match was a different story for the Lady Choctaws.

The ladies opened the scoring in the eighth minute through forward Holly Pascoe. The New Zealander’s fourth goal of the season tied her for the team lead. She also is third in the conference in points, as she now has 11 (four goals, three assists). The goal was assisted by Dani Avelar, who now has five points in her last three matches.

Currie doubled the Lady Choctaws’ lead in the 30th minute. Her unassisted goal was her fourth of the season, tying her for the team lead with Pascoe and Erin Hederman.

The Lady Choctaws went into the halftime break with a 3-0 after Madison Morgan scored in the 40th minute. The goal was made in Louisiana, as the freshman midfielder’s second goal of the season was assisted by fellow Louisianan Stella French.

The scoring was capped off in the 83rd minute when freshman midfielder Caroline Naman put the ball into the back of the net. The goal was the Mobile native’s second of the season.

The Lady Choctaws outshot Shorter 36-2 in the match. Goalkeepers Maleski and Camila Cevallos combined for the shutout, which is the team’s second of the season.