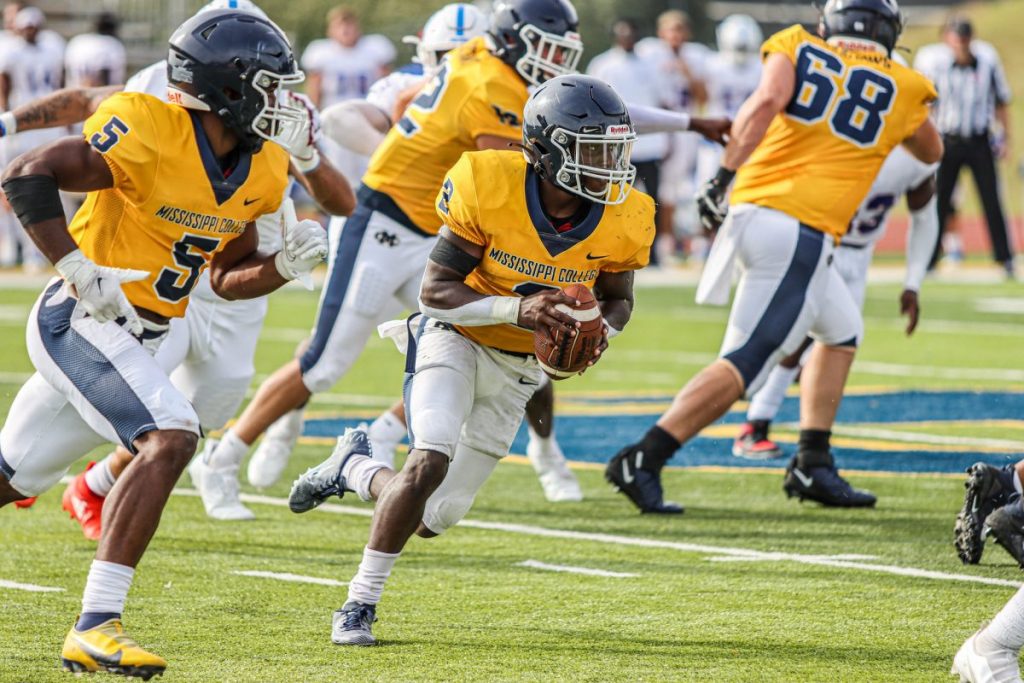 The Eastern Time Zone has been kind to the Mississippi College football team this season. The Choctaws moved to 3-3 overall and 2-2 in GSC play after defeating Shorter 20-7 on Saturday afternoon. The Choctaws, who defeated North Greenville in South Carolina two weeks ago, won their second road game in conference play.

After going down 7-0 in the first quarter, the Choctaws finished the game with 20 unanswered points. Running back Marcus Williams found the endzone twice in a row, giving him six touchdowns this season. The sophomore caught a 61-yard touchdown pass from quarterback DeAnte Smith-Moore to tie the game at seven, and he rushed for a five-yard score in the third quarter to give the team the lead. Williams finished with 93 all-purpose yards in the game.

Running back Cole Fagan clinched the game with a 26-yard touchdown run with 6:20 remaining in the third quarter. He finished the game with 58 yards rushing, giving him 382 rushing yards this season. He is second on the team in that category.

Smith-Moore accumulated 291 total yards (149 passing, 142 rushing) in the game. The sophomore quarterback is currently fifth in the GSC with 436 rushing yards. Despite not featuring in a pass-heavy offense, Smith-Moore is also averaging 24.7 yards per completion.

The Choctaws were paced in the tackling department by defensive back Zadok Esters and linebacker Jaylan Woods. Both finished with eight defensive stops. Defensive back Nicholas Walker had four tackles and kept Shorter from increasing its lead by making a critical red zone interception in the second quarter.

The upcoming game for the Choctaws will be one of their toughest tests yet. The team host fourth-ranked Valdosta State on Saturday afternoon, with kickoff from Robinson-Hale Stadium set for 2:00 p.m. A win for the Choctaws would move the team above .500 overall and in conference play.