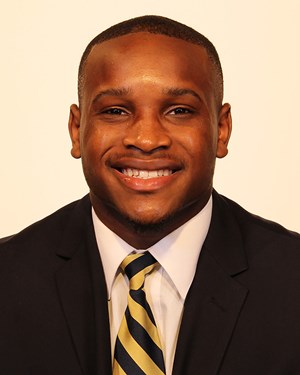 Mississippi College linebacker Jonathan Jones has been named a finalist for the Conerly Trophy. The graduate student from Charleston, Mississippi is one of ten nominees for the award.

The Conerly Trophy is given annually to the best college football player in the state of Mississippi. The award was won most recently by former Ole Miss wide receiver Elijah Moore in 2020. Choctaws who have been nominated in years past include Jarrad Craine, Keith Villafranco, Jonathon Redd, Dylan Klibert, Marcel Newsome, Chris Manning, Tiberias Lampkin, Detric Hawthorn, and Cole Fagan.

Jones was a standout on the Mississippi College defense this season. He tallied 77 total tackles (58 solo stops, 19 assists), which was tied for the second-highest total in the Gulf South Conference this season. Jones had a standout performance against rival Delta State, when he made a season-high 17 tackles. He added 3.0 sacks, a forced fumble, a quarterback hurry, and a pass breakup this season.

The Conerly Trophy will be presented on Tuesday, November 30 at the Country Club of Jackson.