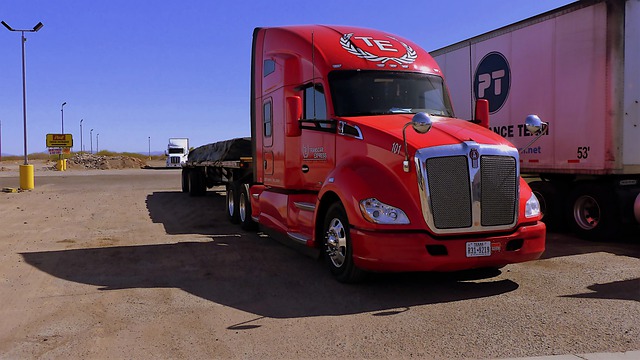 An amendment to a zoning ordinance regarding the “Parking of Commercial Vehicles” passed unanimously (6-0) at the Board of Aldermen’s November 2 meeting. With the addition of Section 201 to the ordinance, a commercial vehicle is defined as “Any truck of motor vehicle with a weight limit greater than ¾ tons or having more than six wheels licensed or operated for the purpose of commercial activity. This includes, but is not limited to, all panel trucks, regardless of the number of wheels, and 18-wheelers with or without tractor-trailer.”

Commercial vehicles can be located in the city if specific work is underway that requires the use of the vehicle, but parking these vehicles in the city in excess of the time needed for work is now prohibited.

The ordinance has also been modified to change the time period for a violator to rectify the illegal parking. The City will issue a warning to correct the violation, with the violator subject to a fine following the warning. If the violator cannot correct the infraction within a reasonable time, the violator can ask for an extension of time from the Mayor and Board of Aldermen.

Changes in the ordinance were prompted by residents in several wards reporting big-rig trucks and commercial vehicles parking in vacant parking lots and in neighborhoods on city streets. The issue was discussed at the Board’s November 1 work session.

“I’m very happy to see this being presented to the Board,” Alderwoman-at-Large Ricki Garrett commented. The ordinance changes were approved by a vote of 6-0. The second item, which was also approved unanimously by the Board, repealed the previous ordinance, a step which is necessary for changes as such in a City ordinance. This simplifies the process, as instead of having to look two places in the ordinances for parking violations, repealing one amendment and combining information into the other amendment makes it simpler for viewers, who then only have to go to one ordinance to review the parking violations ordinance. The repealed ordinance, established in 1991, dealt solely with dump truck parking in residential areas.

The new ordinance prohibits parking except for conditional use.

“We have noticed in certain areas of the city that trucks are parking there; up to twelve trucks parked in certain locations over the weekend,” Edwards said.

The new ordinance goes into effect in thirty days, which is December 2. A $100 fine will be assessed for violators, with an additional fine for violators who do not comply with the ordinance.

“This prevents 18-wheelers from parking in commercial parking lots, such as, for example, where the old Shoney’s was…[and other] parking lots in town,” Fisher reiterated. He said if residents see trucks parked in areas like this, they should notify the CPD if they observe it at night, and contact Community Development if they observe the illegal parking during the day.
“The point of this is to clear up some of the commercial parking that’s going on around town,” Fisher explained. “Hopefully this will be the first step to clearing that up.”