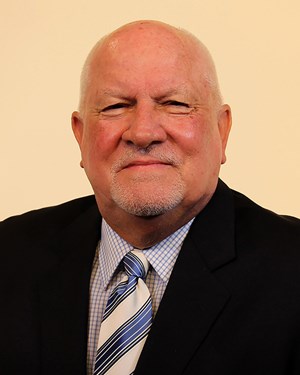 The word legacy very rarely can be used to describe one person’s tenure at an organization, yet this word absolutely holds true when describing the legacy of Mississippi College head tennis coach David Boteler, who has given twenty-five years to a program that has been so impacted by his giving.

“I’ve been fortunate to be named Coach of the Year in every conference I’ve coached in,” said Coach Boteler. “This job was an answered prayer many years ago, and it will be on my last days at Mississippi College.”

In thirty-three years in the coaching industry, Boteler has dedicated so much time mentoring student-athletes and other coaches. Before his return to MC, Boteler was both the women’s basketball and men and women’s tennis coach at Belhaven University. He was named Gulf Coast Athletic Conference Coach of the Year four times in tennis and once in basketball. He led the Blazers to a number five national ranking in 1992. Belhaven’s men won four conference championships and attained a national ranking every year. Boteler coached twelve All-Americans in his eight years. In twenty-five years as the head coach of the Choctaws tennis program, Coach has achieved an overall record of 562-359, including a mark of 283-197 on the men’s side and a record of 279-163 on the women’s wide.

His lasting impact in the industry can be seen through former players and coaches he has impacted over the years, as he has been described by many as “more than a coach,” “a second father,” “a good man.”

“Coach Boteler was and is so much more than a Coach,” said former Choctaws tennis player and graduate assistant Christian Branning (2014 graduate). “He took an interest into the development of not only my tennis game, but the development of who I was becoming as a person.  During some of the most pivotal years of a young man’s life, Coach always set a great example, had a listening ear, and a big smile on his face when you entered the tennis complex.”

“I am so incredibly thankful for Coach Boteler,” added former Lady Choctaws tennis star Katie Kema (2016 graduate). “He gave me the opportunity to be a part of an amazing tennis family during my years at MC. MC is very lucky to have a coach like Coach Boteler for all of these years. I know I would not be the person I am today without his positive impact on my life.”

“It was such a blessing to be able to play under Coach Boteler,” said former Lady Choctaw tennis player and current graduate assistant AnneMarie Kimball. “He cares for his players so well, praying for them and pushing them to be the best that they can be both on and off the court. He is one of the most generous people I know and having the opportunity to work with him allowed me to see this even more than I did as a player.”

The 2019 season saw the Lady Choctaws advance to the semifinals of the Gulf South Conference Tournament for the third straight year and win twelve of their final fourteen matches. They would finish forty-ninth in the final ITA Division II women’s national rankings, while Nicole Bueno and Alisa Morozova earned First Team All-GSC honors. On the men’s side, Francois Le Tallec wrapped up the year as the nation’s seventy-second ranked player and was a Second Team All-GSC selection.

In 2018, he was named GSC Co-Coach of the Year and Intercollegiate Athletic Association (ITA) South Region Coach of the Year after leading the women’s team to a 20-3 record and a runner-up finish in the GSC Tournament. The Lady Choctaws also qualified for the NCAA Division II Tournament for the first time in school history.

Boteler also led the men’s and women’s tennis programs to the GSC tournament appearances in their first year of eligibility (2017) after returning to Division II. The men’s tennis team advanced to the conference tournament semifinals, while the Lady Choctaws were in the quarterfinals.

Boteler received the highest rating possible from the United States Professional Tennis Registry in 1981. He has taught hundreds of students at Mississippi College, Belhaven and the Tennis South Tennis Center.

“He cares so much about each of his players more than just how they are performing on the court. He cares about us as individuals and encouraged us to be not just the best athlete we could be, but the best student, the best teammate, and the best person we could be,” added Kema. “Yes, he won many matches, conference championships and accolades during his tenure at Mississippi College,” said Branning. “However, he will always be known as something more than just a legendary coach:  A good man.”

“I have been blessed with the finest young people any coach could ever be associated with,” added Coach Boteler. “I can’t express how proud I am of my players that have excelled as Coaches, teaching pros, businessmen and women, doctors, therapists, Ministers and parents. I have also had the best assistant coaches possible. I will miss teaching tennis classes at MC- what a joy students have been! I look forward to seeing and supporting MC teams in the future.”

His impact into many lives and to the Mississippi College Athletics family is unprecedented, as the final chapter in Boteler’s tenure came to a close at home one final time on April 25 at the MC Tennis Complex versus Millsaps.