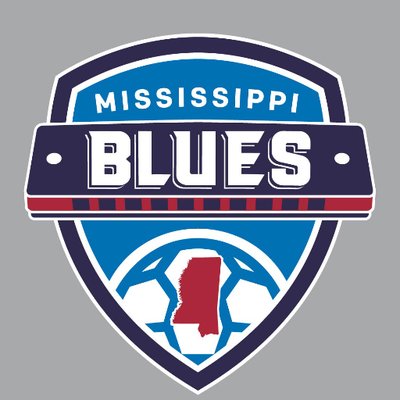 The Mississippi Blues are one of the newest soccer teams in the area. The team plays home games at Clinton High School and consists of high school players, college players and college graduates. The team plays in the Gulf Coast Premier League Second Division (GCPL2).

The 2022 season was the Blues’ most successful season yet, as the team won the GCPL2 Championship with a 4-0-0 record. Head Coach Grant Hudson, a Clinton native and Clinton High School graduate, says he was happy about the accomplishment, but he insisted that giving local soccer players a high-level platform to play and train was what his team existed for.

“Winning the league was definitely a goal, but I wouldn’t say was the priority,” Hudson stated.

“The priority [of the Blues] was making sure players living in and from the Jackson Metro area had an opportunity to play and train at the college level throughout the summer.”

Multiple players with Clinton High School ties were rostered on the team. Luke Hopkins, the 2022 Mississippi Gatorade Player of the Year, as well as Miles Sims, Minh Van, and current Arrow Brady Torrence contributed to the team’s success.

The team also had eight current or future Mississippi College players on the roster. This includes Hudson, who has had a nice career with the Choctaws and is headed into his final season. Luke Boarman, Santi Diosa, William Janous and Pawemi Kumwenda also play collegiately in Clinton. Reece Gibson, Brady Jacobs and Jacob Young are incoming Choctaw players who will play on the team in the fall of 2022.

“I would say the Blues is the most beneficial option for local high school and college players to get involved in the summer because of how inclusive it is and that it is actually there to help players living in and from the Jackson-Metro area,” Hudson added.

“It is a direct tie to the local club environment and is very beneficial for players to get fit for their college/high school season while playing/training at a college level.”