The Board of Aldermen met on December 6 for its regularly scheduled meeting. After approving the Consent Agenda items, the Board heard a Department Head report from Courtney Nunn, Director of Parks and Recreation. Her report focused on the participation by the department in this year’s Chamber of Commerce Christmas parade in partnership with the Therapeutic Recreation Department of the City. She announced that the float had been awarded First Prize.

The Board approved a conditional use for a Verizon small cell site in Cascades Circle West. The Board denied a certificate of appropriateness for a portion of a fence at a home at 309 East Main. The homeowner had not asked for the certificate of appropriateness prior to erecting the fence. Although the Board discussed having the homeowner tear down the entire fence, since he had not gotten prior approval from the Board, it was decided to allow the picket fence, which the Board would have approved, to remain and to have him tear down the remainder of the fencing, which the Board would not have approved.

Board Members have expressed concern over the number of items being brought to the Board after the construction has already begun, rather than before. For that reason, the Board will consider adopting a penalty for any projects begun prior to approval and will also work to make sure the public is better aware of the need for prior approval from the Board of Aldermen.
The Board also removed from the agenda a conditional use for two sites for a bitcoin mining business in the Industrial Park, because it was not clear that the photographs presented were the same ones the Board had previewed at an earlier Work Session. The Board asked the company representative to return in January with accurate photographs of the proposed buildings.

The Board did approve a conditional use for a new Home2Suites in Clinton. Since our existing hotels stay at eighty-five percent occupancy most of the time, the Mayor and Board are glad to welcome a new establishment.

Marlee Price, the Director of Marketing and Tourism for the City, presented two items for approval that will assist our citizens in staying informed. The first is approval of a contract for the creation of a new website, and the second is approval of a contract for a citizen texting service. We look forward to being able to enhance communications with our citizens.
The Board of Aldermen also cancelled the second regular meeting of the month on December 20 and set the next meeting for Tuesday, January 3, 2023. 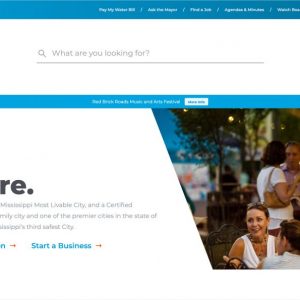