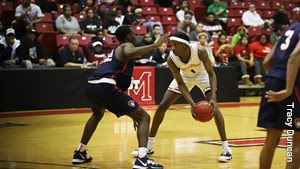 For the first time in over a decade, a Hinds Community College Bulldog basketball team has won a playoff game.

The last time that the Bulldogs were in the MACJC State playoffs was in 2012, where they were defeated by Holmes Community College, 73-64, in the opening round.

Fast forward to 2020, the No. 2 seeded Hinds Bulldogs, led by sophomores Dontrell McQuarter and Ladarius Marshall, dominated both sides of the ball as they defeated the No. 3 seeded Northwest Community College Rangers 81-55 in the first round of the MACJC State Playoffs.

McQuarter opened up the game with a basket to give Hinds a 2-0 lead. Hinds would never relinquish their lead for the remainder of the game.

By the end of the first half, the Bulldogs had found themselves with a commanding 20-point lead (42-22).

In the second half, the Bulldogs went on to increase their lead by as much as 27-points, which they reached with just over two minutes remaining in the game.

By the time of the final buzzer, Hinds had secured their spot in the Semifinals with an 81-55 opening round victory.

Much of Hinds success tonight stemmed from their defense. The Bulldogs held the Rangers to just 55 total points on just 29.9% shooting from the field. “Defensively, we were on another level tonight. That is a testament to the hard work we put in at practice on a daily basis,” commented third-year head coach, Yusef Fitzgerald.

On offense, the Bulldogs shot a stellar 53% from the field. Dontrell McQuarter led all scorers with 25 points while Ladarius Marshall racked up 20 points of his own.

With the win, Hinds improved their overall season record to 15-7 and advanced to the MACJC State Semifinals this Wednesday, February 26th.

“I’m proud of the way we competed tonight. We put some adversity on ourselves, fought through it with a next man up mentality, and were able to get a playoff win. Now our only focus is the game on Wednesday,” added Fitzgerald.

If the Bulldogs were to win Wednesday, they would solidify a spot in the MACJC State Playoff Championship game this Thursday (Feb. 27).

A Hinds team hasn’t been to the MACJC State Playoff Championship game since 2003.

Furthermore, the Bulldogs haven’t won a MACJC State Championship since 1990. 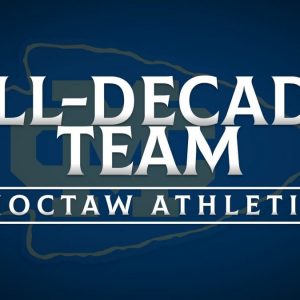 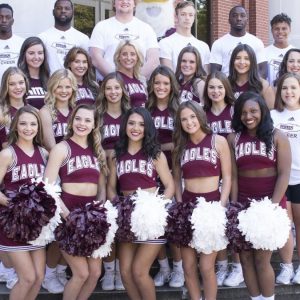