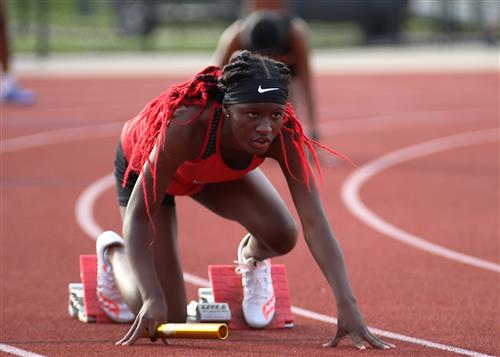 The Warriors’ basketball teams had great seasons, and their success was reflected in their postseason basketball honors. After leading both of the school’s teams to state championships, Coach Josh Zeitz was named the Coach of the Year for the MAIS 3A Boys and MAIS 3A Girls. He was also named Priority One Bank/Mississippi Scoreboard Metro Jackson Girls’ Basketball Coach of the Year.

Christian Parks led the boys with wins in the 800 meters, 1600 meters, and 3200 meters. Omar Roberts won the discus, and the 4×800 relay team added another victory.

The girls were led by Maddie Bruner, who won the district championship in the 300 meter hurdles. Audrey Bryson and Hanna Zeitz added second-place finishes in the high jump and triple jump, respectively.

The teams will be in action at Canton Academy for the AAA South State Championship meet. The field events will be held on Wednesday, and the track events will be on Saturday.

The CCA Archery team was in action at the AIMS State Meet. The results of the meet will be available within the next few days.

The Mount Salus boys’ track and field team traveled to Centreville Academy to for the District 1-A meet. Levi Black racked up second-place finishes in the 1600 meters and the 3200 meters. Nathan Johnson added a second-place finish in the 400 meters. Both runners were the Eagles’ top finishers in the meet.

The Arrows fought hard but ultimately dropped three games to Mississippi’s top-ranked team (and nationally-ranked) Madison Central. Grant Holmes went three-for-five at the plate with a home run and a double in the first two games.

The Arrows will close out the regular season with road games against Germantown and Oak Grove this week.

Both the boys and girls basketball teams had players honored in the Priority One Bank/Mississippi Scoreboard All-Metro Teams.

The 6A State Champion Arrows were led by Kimani Hamilton, a member of the 2020 Dandy Dozen. He is a First Team All-Metro selection. Allen Hughes, a junior guard, made the Fourth Team.

On the girls’ side, Kaitlyn Walker, a 5-9 sophomore, is a Fourth Team All-Metro selection.

The Clinton High School archery team participated in the MHSAA State Meet. The results of the meet will be available within the next few days.

The boys’ golf team picked up a huge team victory at the Arrow Invitational. Hugh Smith was the medalist for the tournament, which was hosted at Live Oaks Golf Club.

The girls’ golf team finished in fifth at the Germantown Invitational, which was hosted by the Canton Country Club. Maddie McNeece was the Lady Arrows’ top golfer and finished with the team’s low round.

The Lady Arrows dropped close decisions to Madison Central and Brandon before sweeping a doubleheader with Raymond. Junior Amber Evans went three-for-four at the dish with five RBIs in the two wins over Raymond.

The Lady Arrows, who scored a combined 34 runs in the doubleheader sweep, will be in action next week with a road rematch against Brandon and a first round playoff game against Lewisburg.

Both Arrow track and field teams decisively won their Region 2-6A meets.

Both track and field teams will be in action on Friday at the 6A North State Championship meet.