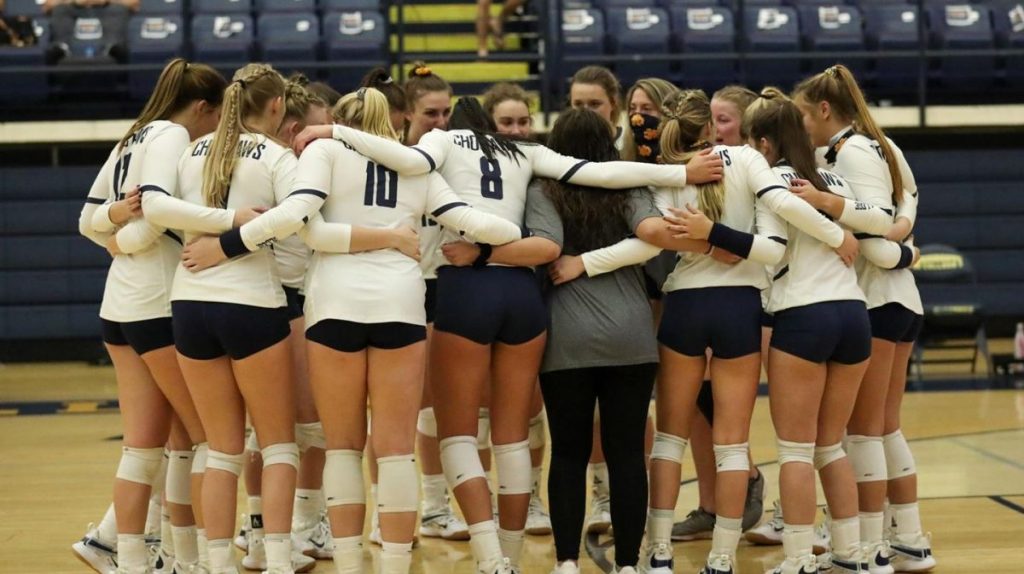 The Mississippi College Lady Choctaws fell to Arkansas-Monticello 3-2 in their season-opening volleyball match last night. The visiting Lady Choctaws led through three sets before succumbing to the Cotton Blossoms.

With the match tied at ten in the first set, Mississippi College closed on a 15-8 spurt to take an early lead. After the home team fought back to take the second set 26-24, the Lady Choctaws settled back down and took the third set 25-15.

The resilient Cotton Blossoms then used a 10-0 run to propel them to a fourth set win. In the deciding fifth set, they jumped out to a quick lead before putting away the Lady Choctaws 15-7.

Senior Kendall Platt paced the Lady Choctaws offensively with 21 kills. She also hit at a .264 clip, which was the highest on the team. Sophomore Lexi Richards added 15 kills, while Lexie Laurendine and Lydia Paulette followed with eight kills apiece.

Defensively, freshman Missy Beber tallied a career-high 35 digs. This was the highest total on the team. Platt added 27 digs, while Laurendine was third on the team with 18 digs.

Laurendine, a Preseason All-GSC selection, also tallied 49 assists. She, Platt, and Richards (who tallied ten digs) were the three Lady Choctaws who recorded double-doubles in the match.

Mississippi College will be in Tyler, Texas this weekend to play in the Patriot Classic. The Lady Choctaws will face off against Harding, Ferris State, and Southeastern Oklahoma State. The opener against Harding will start at 10:00 a.m on Friday morning.