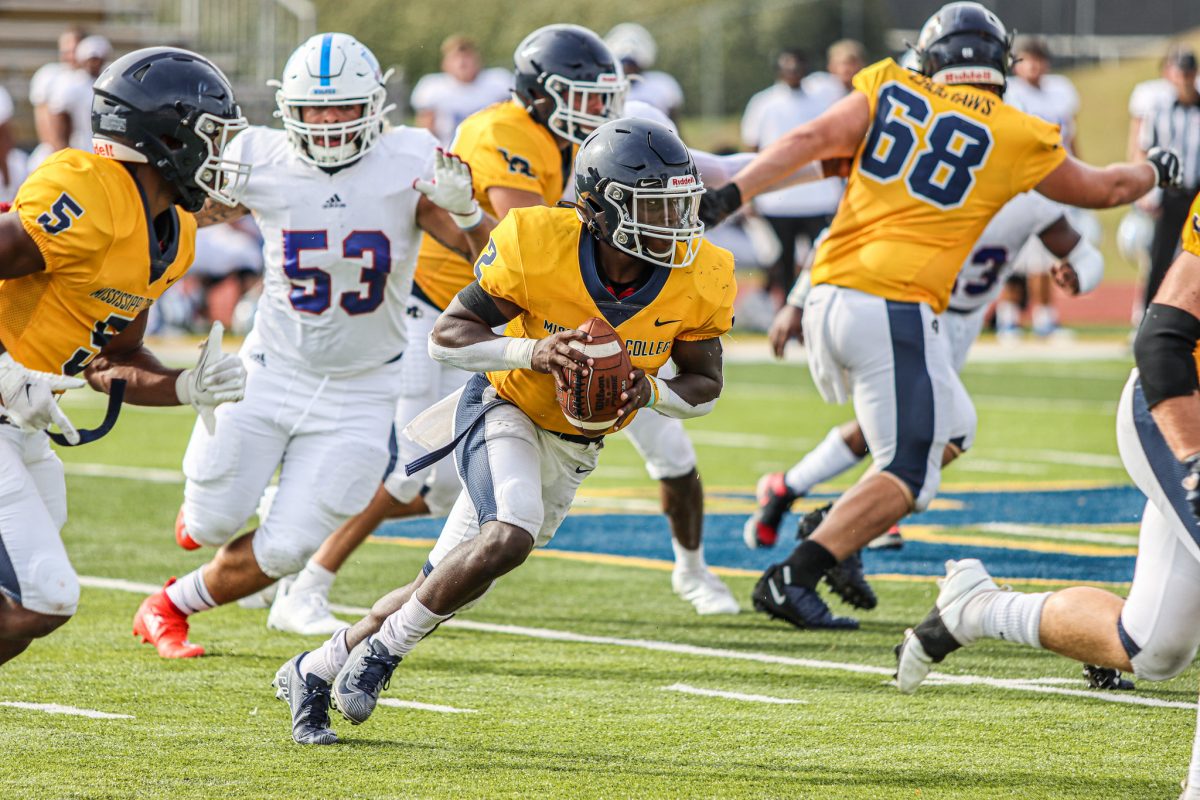 Finishing a season strongly is the goal for any football team, and the Mississippi College Choctaws did just that this weekend. The Choctaws completed the 2021 season with a quality win, as they defeated West Alabama 28-24 in Livingston on Saturday.

The Choctaws paid the Alabamians back for an earlier defeat this season. On September 25th, the 15th-ranked Tigers narrowly defeated the Choctaws 31-28.

Quarterback DeAnte’ Smith-Moore completed three of six passes for 116 yards and a touchdown. His touchdown pass was an important one, as his 51-yard strike to Jaylen Gipson with just over two minutes remaining in the game provided the winning points.

Smith-Moore also added 117 rushing yards and another touchdown. He went over the 100-yard rushing mark for the third time this season. He finished the regular season with 634 rushing yards, which is the tenth-highest total in the Gulf South Conference (GSC).

Defensive back Nicholas Walker, a transfer from the University of Illinois, sealed the win with an interception with 1:20 remaining in the game. The interception was his third of the season, tying him for second in the GSC in that category.

Sophomore running back Marcus Williams had another solid game, as he rushed 11 times for 111 yards and two touchdowns in the game. He finished the regular season with a team-leading nine rushing touchdowns. He also averaged 6.7 yards per carry this season.

The Choctaws finished the season with a 4-6 record and a 2-5 mark in GSC play. The Tigers, who had been in the AFCA Division II Top 25 poll as of two weeks ago, finished with a 6-4 record overall and a 4-3 record in the GSC.