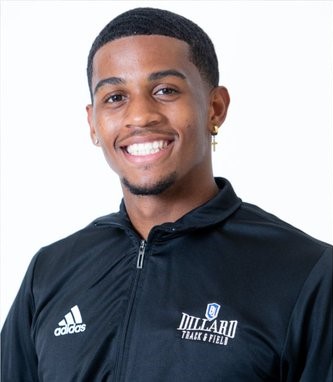 Clinton High School graduate Joshun Noel has had a fantastic cross country season, to say the least. The junior, who competes for New Orleans’ Dillard University, recently won the Gulf Coast Athletic Conference (GCAC) individual title with a time of 29:03.50. He also broke the school’s 8K record in the process. With the win, Noel earned All-GCAC honors as well as the conference’s MVP award.

With Noel leading the way for the Bleu Devils, the men’s cross country team won its first GCAC Championship in school history. The Bleu Devils racked up an impressive four top-ten finishers in the race.

Noel has also been quite the record breaker this season. Ironically, the 8K record which he broke in the conference championship was a record which he had set in the Watson Collegiate Invitational on October 9. He had also set Dillard’s four-mile record a week earlier in the Nicholls Cross Country Invitational.

The GCAC Championship was a homecoming of sorts for Noel, as it was held locally at Choctaw Trails — the same course where he set Dillard’s 8K record earlier in the season.

Up next for Noel and the Bleu Devils will be the NAIA National Championship in Vancouver, Washington. The men’s 8K race will be held on November 19 at 10:30 a.m.